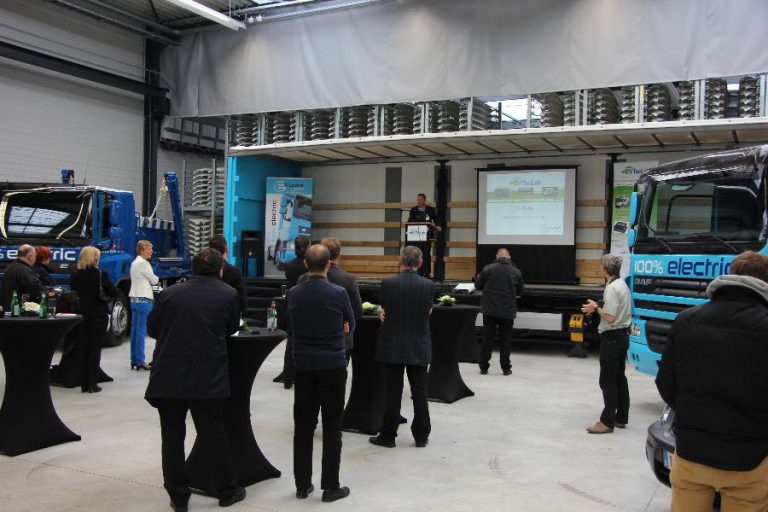 During the EVTeclab event on May 23, 2013 in Lommel, 26 electrical city vehicles were introduced. One of those vehicles was a 100% electrical driven E-Truck from E-Trucks Europe. CEO André Beukers symbolically handed the key to Peter Vanvelthoven , mayor of Lommel.

Vanvelthoven: “We will use the E-Truck mostly for the transportation of goods between various companies. I hope the residents of Lommel will see the differences between traditional diesel vehicles and these new electrical driven vehicles: a huge decrease in sound and carbon dioxide emission.”

The city of Lommel has a high focus on ‘green’ energy. Twenty delivery vans, two trucks and four city busses are equipped with electrical power trains, which were developed by EVTeclab. This consortium of ten Flemish companies and research institutes has been working on this development for city transportation for some time. The test vehicles will be deployed in the city of Lommel and with Flanders’ Drive, the research centre for the automotive industry.